Provided photos: A C17 Aircraft will do a ceremonial flyover in Lyndonville at about 11:55 am on July 4, just before the start of the parade. The plane will be coming from the US Air Force Reserve Unit from the 911th Airlift Wing based in Pittsburgh, Pa.

The flyover will take place just before the start of the 48th annual Lyndonville Lions Club Independence Day parade at 11:55 am on July 4.

The flyover will be carried out by the 911th Airlift Wing from Pittsburgh, Pennsylvania. The plane will be a United States Air Force C-17. These planes are used by the Air Force Reservists to carry out their mission of aeromedical intratheater evacuations and agile combat support.

The annual celebration will honor all local veterans with the unveiling of Home Town Hero banners and have special recognition of two Lyndonville Medal of Honor recipients. Tech Sergeant Forrest Vosler was a B-17 Flying Fortress radio operator during World War II. He received his Medal of Honor in 1944, given to him by President Franklin Roosevelt. His story is best told by visiting SOFREP.COM Forest Vosler, where the history of his gallantry can be found.

The Lions will also recognize Medal of Honor recipient Sergeant David Bellavia. He received his Medal of Honor from President Donald Trump in June of 2019 for valor during the second battle for Fallujah in the Iraq War. Bellavia’s experience is best told through his book, “House to House: An Epic Memoir of War.” He will serve as the grand marshal of the parade and speak at the flag-raising ceremony at the culmination of the parade on the front lawn of the Lyndonville School. Lyndonville Lions will remember recently deceased Col. Rick N. Parsons after the flag-raising with a moment of silence and the playing of Taps.

Other events that day include a parade at noon, large arts and crafts show, demonstrations by the Orleans County Sheriff’s Department, multiple food vendors, and the Lions Club annual chicken barbeque starting at 1 pm

A concert is scheduled for 2 pm with the Who Dats performing their repertoire of rock and roll favorites.

The evening will then see the band Double Shot take the stage for a concert from 7 pm until dusk. During the band break, local dignitaries will speak briefly and award a proclamation to Sgt. Bellavia. The grand finale will be one of the largest 4th of July fireworks shows in Western New York.

Young Explosives Corporation of Rochester will be producing the fireworks display once again, as they have been since 2012. Thanks to the continued support of businesses, organizations and individuals throughout the area, this year’s display will once again be one of the largest in WNY. Young Explosives has been contracted to do over 100 shows in the two weeks around July 4th. With the exception of the City of Rochester, Lyndonville’s will be the largest they will be producing throughout all of Monroe County and its surrounding counties.

The Lions would kindly ask anyone who wants to see the military flyover to be in Lyndonville no later than 11:30 am It will start with a pass over in Medina and is expected to travel north from Ridgeway to Lyndonville along Route 63. The best viewing will be along Route 63 and in the Town of Yates. By asking people to arrive early we hope to keep Route 63 free of traffic to allow spectators better viewing opportunities. The Lions have requested traffic stoppage on Route 63 from Ridgeway north to Yates Center 15 minutes prior to the flyover.

The Lyndonville Lions would like to thank the entire 911th Airlift Wing for their efforts in supporting our July 4th celebration. All the airmen who will be participating in this flyover, from ground crews to pilots, all volunteered to do this flyover, and for that we would like to extend them a warm welcome and thank you for their service. 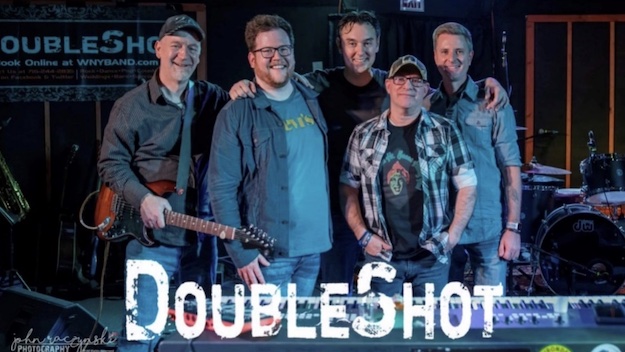 The Double Shot band from Buffalo will perform at an outdoor concert starting at 7 pm on July 4 in Lyndonville.

No comments to show.
We use cookies on our website to give you the most relevant experience by remembering your preferences and repeat visits. By clicking “Accept All”, you consent to the use of ALL the cookies. However, you may visit "Cookie Settings" to provide a controlled consent.
Cookie SettingsAccept All
Manage consent

This website uses cookies to improve your experience while you navigate through the website. Out of these, the cookies that are categorized as necessary are stored on your browser as they are essential for the working of basic functionalities of the website. We also use third-party cookies that help us analyze and understand how you use this website. These cookies will be stored in your browser only with your consent. You also have the option to opt-out of these cookies. But opting out of some of these cookies may affect your browsing experience.
Necessary Always Enabled
Necessary cookies are absolutely essential for the website to function properly. These cookies ensure basic functionalities and security features of the website, anonymously.
Functional
Functional cookies help to perform certain functionalities like sharing the content of the website on social media platforms, collect feedbacks, and other third-party features.
Performance
Performance cookies are used to understand and analyze the key performance indexes of the website which helps in delivering a better user experience for the visitors.
Analytics
Analytical cookies are used to understand how visitors interact with the website. These cookies help provide information on metrics the number of visitors, bounce rate, traffic source, etc.
Advertisement
Advertisement cookies are used to provide visitors with relevant ads and marketing campaigns. These cookies track visitors across websites and collect information to provide customized ads.
Others
Other uncategorized cookies are those that are being analyzed and have not been classified into a category as yet.
SAVE & ACCEPT